Businesses are learning the secrets of success from world champion athletes and their coaches in a series of monthly events being organised by Derbyshire Institute of Sport.

The first Connect evening saw a wide range of businesses come together to network and learn more about DIS and its role in getting more Derbyshire athletes on to the winners’ podiums at world championships, the Olympics and the Commonwealth Games.

Many of the businesses at the first event were supporters and sponsors of DIS, but any business is welcome to come along to future events, at Derby University’s Kedleston Road campus, and find out more.

Chloe Maudsley, Head of Operations at DIS, said: “This is a chance for people to get to know more about us and our athletes, what we do and how we do it. From the perspective of our business sponsors and supporters, it’s also a chance to see how their money is truly making a difference to young people in Derbyshire.”

He spoke about how to create champions and shared his coaching philosophy, which he said could also be applied by businesses and organisations. He summarised it as creating the right environment and culture; building relationships and being innovative in a constant quest for performance gain.

Medal-winning swimmer Mia Slevin and her coach Jamie Main also spoke about her tough training regime and how she stays focused on achieving her goals and continually improving.

The Connect evenings are being sponsored by Derby telecommunications company Invictus Communications, meaning that they are free to attend, but pre-booking is essential.

Managing director of Invictus, Jonny McPhee, explained why his business had partnered with DIS: “I believe that many successful people would not be as successful without being given a chance or a boost at some point in their career. That is what DIS do. They provide young athletes with a chance to be successful.”

Jonny said he hoped the success of the athletes would breed and inspire continued and increased success for the businesses in the room.

The next Connect evening takes place on October 16 from 6pm to 7.30pm. The main talk will be on the role of sleep as the greatest aid to high performance. Another DIS athlete will attend for a question and answer session with the audience. To book a place, contact Chloe Maudsley on 07974 231564 or email her at chloemaudsley@derbyshireis.co.uk 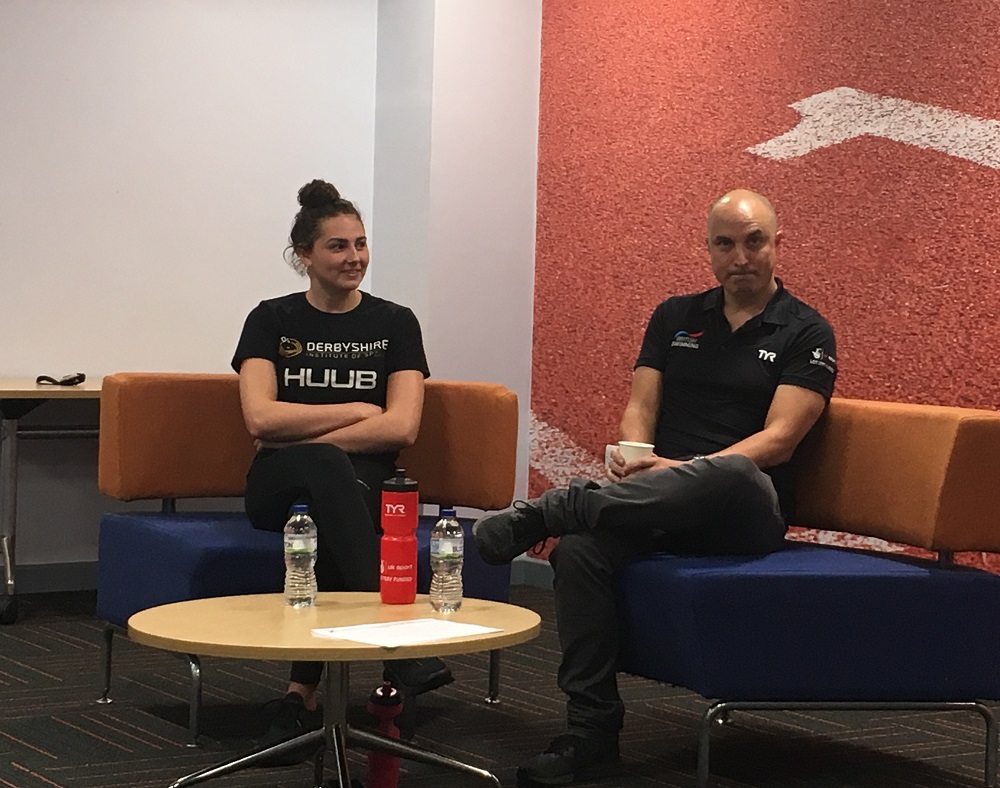