An amazing weekend at the North of England Champs in Sheffield saw some really promising results for our DIS athletes who were led by Gabriel Gisborne winning Gold in the U.17 Mens 800 m final in a new Championship record.  He was well supported by Adam Berwick (pic) who jumped a PB of 2.07 to just be pushed into Silver position and the exciting Ella Rush who competed in several events, medalling and smashing out PBs and is another exciting prospect coming out of Derbyshire pulling on her first England vest in 2018. 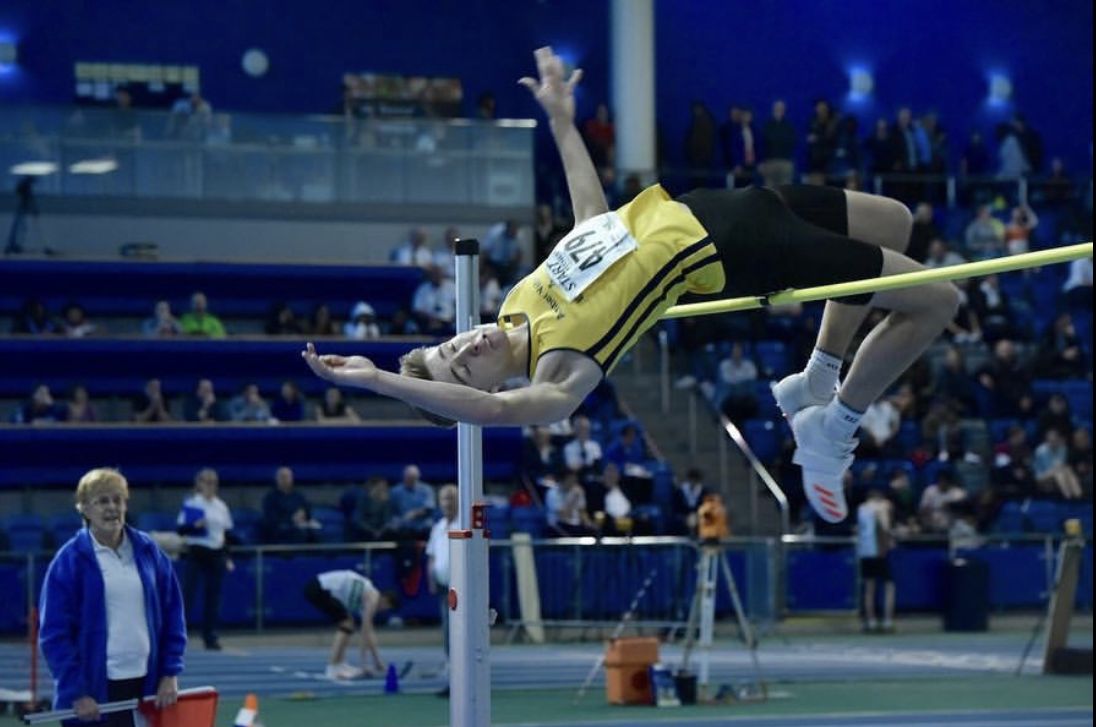