A round-up of DIS Olympians in Tokyo

A total of nine Olympians who competed at Tokyo had been supported by DIS – and we still have Jack Shephard to cheer on when the Paralympics start.

MD Chloe Maudsley said: “We are so proud of all nine athletes who competed in Tokyo. They showed real character and determination and some of them faced immense challenges and setbacks.

"Some of our current athletes will have trained with some of these Olympians over the years. I hope that it inspires them to believe that this could be them in the near future.”

Here’s Chloe’s rundown on what happened at the Olympics.

Men’s 4x100m freestyle relay featured Jacob Whittle. He was the youngest member of the GB swimming team at just 16 years old.  The team came 5th in the heats.

Women’s 200m individual medley featured Abbie Wood, who came 4th in the final, missing out on a bronze medal by literally a fingertip!

Men’s 100m individual freestyle featured Jacob Whittle.  He won his heat and then came 6th in the semi-final.

Women’s 200m breaststroke featured Abbie Wood and Molly Renshaw.  They both got through to the final where Molly came 6th and Abbie came 7th.

Women’s 400m hurdles featured Jess Turner.  She was the only Team GB member to qualify for the semi-finals and came 7th.  Jess had an injury going into the Games which she battled with in the semi-final when she also had to race in torrential rain.

Women’s marathon featured Jess Piasecki.  She finished in 71st place. Stomach problems after the half way point meant she could not tackle the tough conditions as planned. Another 15 athletes did not finish.

Men’s marathon featured Ben Connor.  Unfortunately, Ben was one of 30 athletes who did not finish, which I believe was due to the intense weather (30 degrees!)

Men’s Team Pursuit featured Charlie Tanfield. The team came 7th. Charlie was the travelling reserve put in to the team facing Denmark at the last minute for an injured Ed Clancy. One of the Denmark riders clipped the back of Charlie’s bike and they both went down. Denmark went through to the final and picked up the silver. As a result of being caught, GB competed in the 7th / 8th place play-off where Charlie gave a strong performance and the team beat Switzerland by almost five seconds.

Another former DIS athlete, Dan Bigham, is performance engineer for the Denmark team. Our business sponsors will have an exclusive opportunity to hear from Dan when he speaks at our next lunch-and-learn webinar on August 18.

Men’s singles featured Liam Pitchford.  He lost in his first round, 4-2.

Looking forward to an exciting future

It’s only three years until the next Olympics in Paris in 2024 and we are confident that many DIS alumni will build on what they achieved this year - and we hope that more of our athletes will join them. We also have the 2022 Birmingham Commonwealth Games to look forward to. There is so much to be excited about!

When the Paralympics start, look out for Jack Shephard competing in the men’s singles SH6 in para-badminton from September 2 onwards. 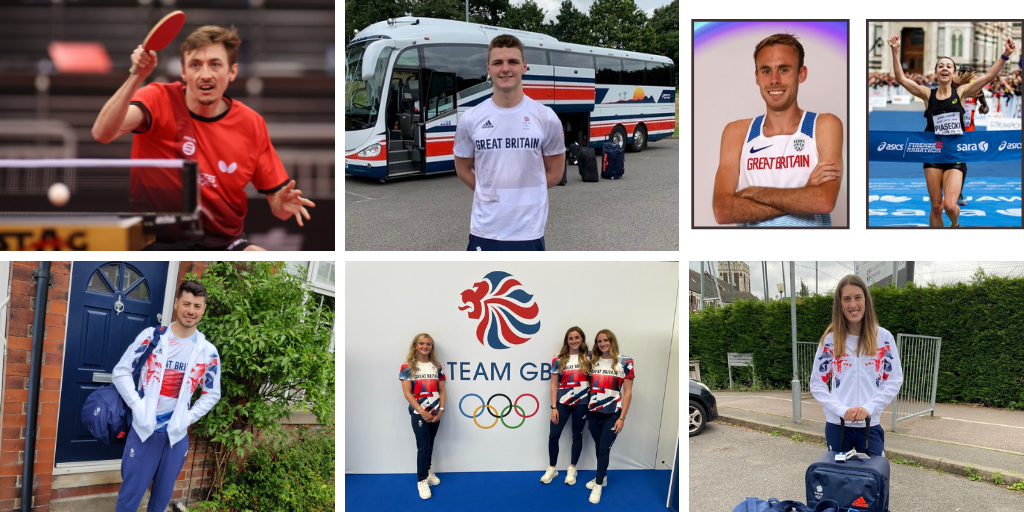