An eight-year-old Willington boy has his sights set on future Winter Olympics after taking up snowboarding – and already winning medals.

Cameron Long says he wants to clinch an Olympic gold medal for GB. He and his family are already looking ahead to the 2030 Games when he will be 16.

He is one of the first youngsters being supported by elite athletes at the Derbyshire Institute of Sport’s (DIS) new performance prep squads.

The Willington Primary School pupil developed his interest in snowboarding aged two from his dad Jamie. So keen was he to take up the sport as a toddler, he used to stand in his dad’s boots and try on his over-sized helmet.

“The first Saturday after his fourth birthday we took him to a taster session. He got on well and started his lessons the following week. He has pretty much been going every Saturday ever since!”

Last October he entered the Oatcake Jam at Kidsgrove’s dry slope and won the snowboard Under 12 category when he was still eight.

Cameron trains once a week at the DIS’s performance prep squad at Findern School. This is where elite athletes inspire youngsters aged nine to 11.

Annabelle said: Cameron has recently joined the performance prep squad and is keen to build up his strength and conditioning.

She said: “He likes to do this himself and has been known to go in the garage and pick up his dad's kettle bell and do some work - but now he has joined the squad he will be doing this properly with supervision.”

During theWinter Olympics fortnight, dad Jamie recorded the snowboard competitions overnight so they could watch them in the morning before work and school.

Cameron said: “I just love the sport and enjoy challenging myself. It is a great feeling to slide across the snow and do tricks. I would love to get to theOlympics and even, who knows, win GB’s first gold medal!”

His snowboard heroes mainly come from halfpipe (where competitors ride snowboards on a giant half-pipe). He admires US athlete Shaun White and Hirano Ayumu from Japan who won the gold in the halfpipe this year and is a big fan of Billy Morgan, theBritish snowboarder who won bronze in the Big Air in 2018.

Don’t think winter sports are Cameron’s sole focus – he is also an ace cricketer, with Ben Stokes his hero.

He plays for Winshill Cricket Club and is an accomplished batsman for the Dynamo's programme and supports BirminghamPhoenix in the Hundred.

But he has his heart set on being a snowboarding champ. Annabelle said: "Cameron really took to it and happily puts in the hours to try and be as good as he can.

“As a mumI am really proud of the dedication he has shown to progressing his talent and will support him in whatever way I can.

“He is fearless. You have to be to want to go over jumps or balance a snowboard on a thin rail. He is somewhat crazy and willing to try anything but also has a really sweet personality and likes to help people.

“He has helped out some of the other children at junior club as he loves to see other kids succeed.”

Chloe Maudsley, managing director of the DIS said: “We are delighted to supportCameron at the start of his sporting career and are here for him as he progresses to the top of his sport.

“We have launched the performance prep squads to help youngsters like Cameron the chance to build a lifelong healthy involvement in sport and start that journey to be world class.”

Performance prep squads for nine to 11-year-olds run at three Derbyshire schools. Findern’s sessions are full but there are a handful of places left at West Park School (Monday evenings) and Chellaston Junior School (Tuesdays). Call 07726 351914 to find out more. 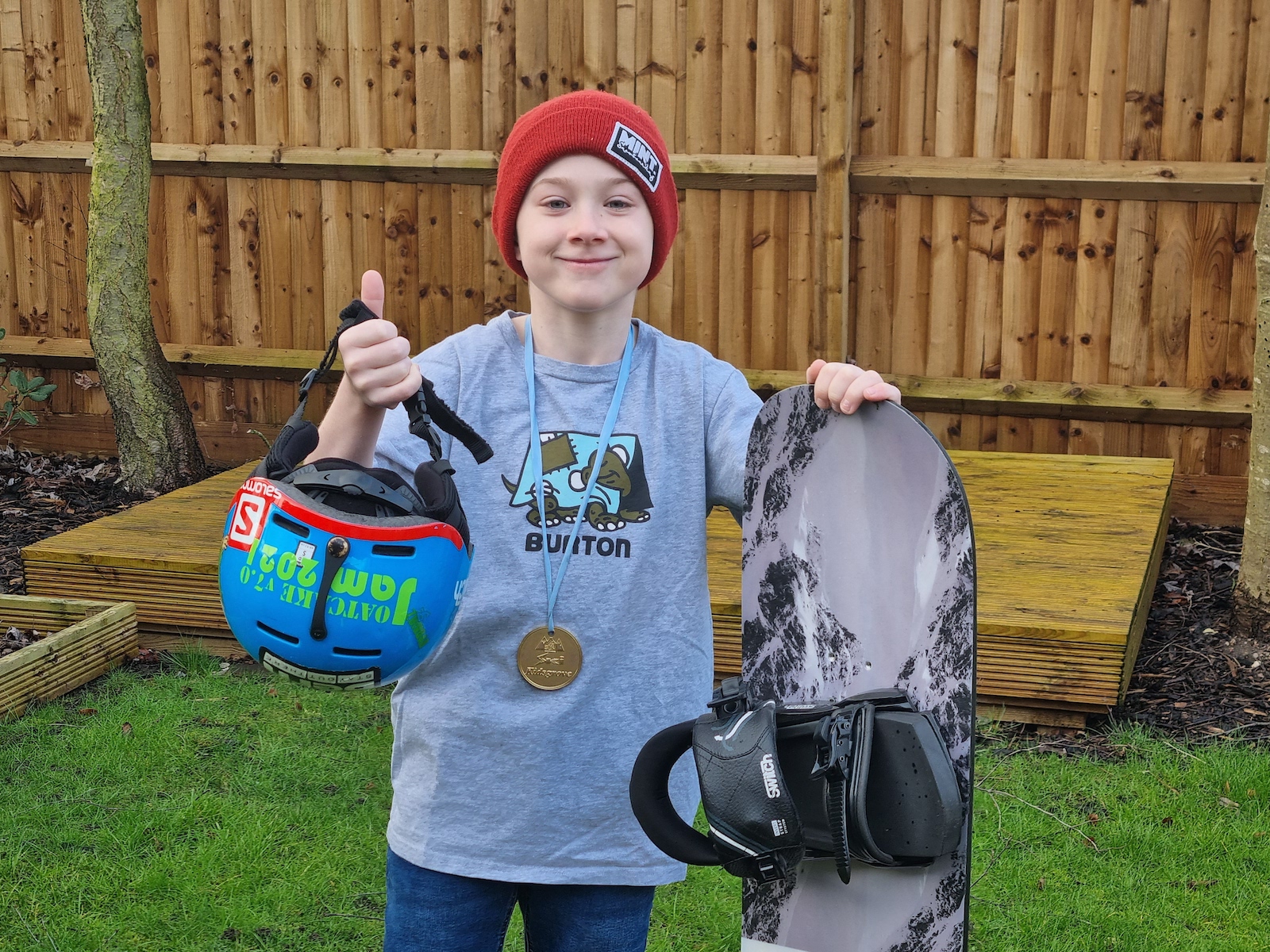