Enter our prize draw and you could win an iconic, limited edition bike

The MK1 Raleigh Super Tuff Burner won the hearts of BMX enthusiasts and bike fans of all ages when it was first launched in 1983. Its gold super chrome finish made it instantly recognisable.

This iconic bike was brought back by Raleigh in 2019 for a one-off, strictly limited edition run to mark its 35th anniversary. It quickly sold out, leaving thousands of fans disappointed.

But our Gold sponsors Raleigh kept a few for very special occasions, such as fundraising drives like this, and they have given one to us to boost our funds that help talented athletes reach their full potential and become champions.

When you could buy them through Raleigh, the 2019 limited edition retailed at £600. The rarity of these bikes, and the demand for them, means that you do find them changing hands for much more than that on auction websites.

During April, 2021, you can buy raffle tickets at £5 each here. One lucky person will win a 2019 limited edition MK1 Raleigh Super Tuff Burner and free delivery directly from the Raleigh factory to a UK mainland address.

Why we fell in love with BMX bikes

The film ET, and the use of BMX bikes by the youngsters in that film, had a lot to do with these bikes becoming the ‘must-have’ item at the top of the wish-list of children across the country.

We probably all remember the scene in the film where the children pedal furiously away from their pursuers and levitate into the air on their bikes thanks to some extra-terrestrial help from their alien pal. Well, you couldn’t actually fly on a Raleigh Burner in the real world – but the excitement of perfecting bike tricks and spinning round the tracks and over ramps came pretty close in the thrill stakes!

There were a total of 15 models produced in the Raleigh Burner range of the 1980s, some in several colour options. More than 500,000 Burner bikes were sold in the first two years and it is known as the most successful BMX ever.

The Super Tuff Burner was the top of the line and always held a special place in the hearts of those who owned one in the 1980s and those who wished they could own one. Its unique gold super chrome finish, black skyway mag wheels and double hole frame with loop tail rear made it stand out from the crowd.

How to win this bike

Tickets can be bought online here until 5pm on Friday April 30.

Each ticket costs £5 and you can buy as many tickets as you want during April.

We’ll randomly draw one winner from all entries received in April on Tuesday May 4, and the winner will be announced on our Facebook Page

The bike will be delivered to the winning address – which must be on the UK mainland – directly from Raleigh HQ.

More about the return of the Super Tuff Burner in 2019

You can read more about how Raleigh brought back the Super Tuff Burner in 2019 and the technical specifications here.

Here’s the link again to buy your tickets to be in with a chance of winning a Limited Edition Raleigh Super Tuff Burner: 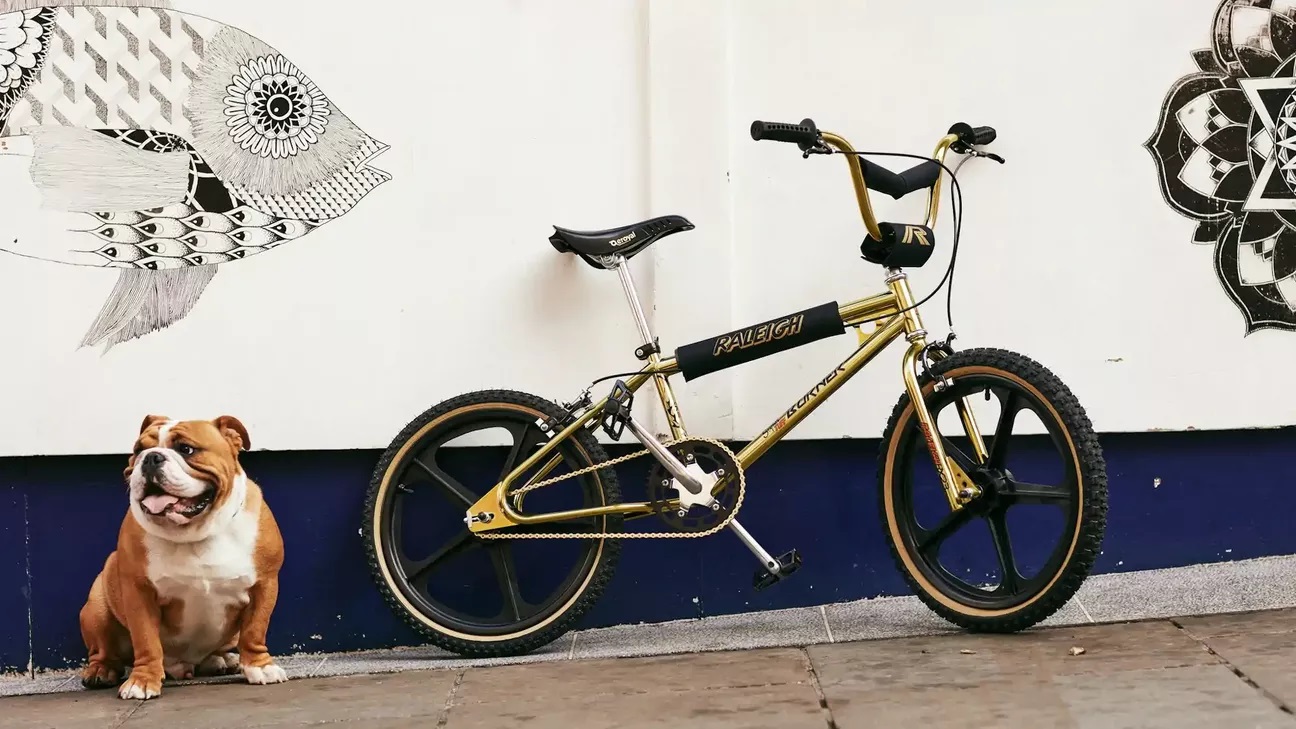